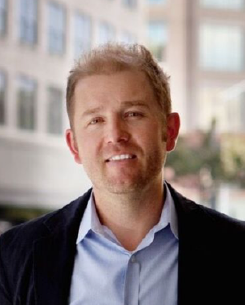 David is the CEO/Co-Founder of Datapath, an IT managed services and cloud provider located in Modesto, California. David has helped to lead Datapath to six straight years on the Inc. 5000 Fastest Growing Companies List (2011-2016) and also named SBA Small Business Person of the Year in 2014 for Northern California. He is a technology expert and bona fide “people person.” David grew up in the Central Valley and moved to Santa Cruz for college where he earned a degree from Bethany University.

He spent the early years of his career in finance and technology startups. David is an evangelist for the Central Valley at large, and believes the future generations can be raised up to improve the community in which we live and work. He currently serves on boards for the Stanislaus-Merced Angel Investors, and Opportunity Stanislaus (formerly Stanislaus Business Alliance).
David also serves as the City Champion for Lemonade Day Modesto, and is the founder and chair for the One Table Community Dinner in downtown Modesto.