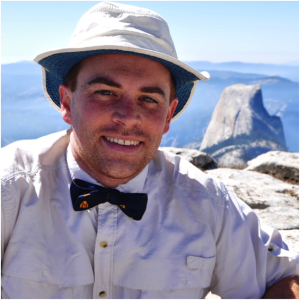 Elliott Balch is currently pursuing a Masters of Public Policy at the Harris School of Public Policy at the University of Chicago. He previously served as the City of Fresno’s inaugural Downtown Revitalization Manager where Elliott worked to comprehensively address land use issues, facilitate development, support downtown property owners in voting to tax themselves for a new business improvement district, and keep the public engaged in the revitalization process, all while being responsible for securing over $20 million and coordinating over $75 million in ongoing downtown infrastructure and planning projects.  He was involved for several years prior in downtown revitalization, as Downtown Association president and the chair of festivals and community forums.  Elliott previously worked in legislative offices in Fresno and Sacramento.  A Fresno native, Elliott holds a degree in physics from Harvard University.

I believe government is — or should be — our greatest collective creation as a civilization. I am inspired by the goal of a high-functioning public sector that people in the community are proud to own. To me everything a government agency does should be about giving back value to the community that has invested in it. I am especially passionate about how Fresno grows. Today more people than ever in Fresno are conscious of the importance of citywide and regional land use decisions, and have raised their voices about these issues. The growth decisions of the past, without any effective geographic limits, have created an enormous barrier to prosperity in our region. We have consumed over 50,000 acres of land, much of it prime farmland for high-value crops, in the last 50 years.”