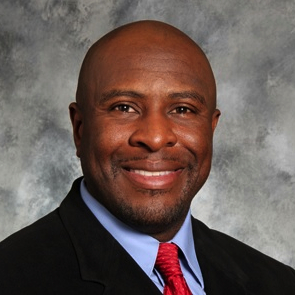 Terance Frazier was born in Oakland, California and grew up helping his parents in their family owned real estate business. At the age of 17, Mr. Frazier moved to Fresno to play baseball for Fresno State University. In 1991, he was recruited by the University of New Mexico. Mr. Frazier then moved on to play professional baseball for the Oakland A’s and the St. Paul Saints of Minnesota. After a four year baseball career, Mr. Frazier returned to Fresno to pursue his talents in real estate and other business ventures.

Currently, Mr. Frazier owns TFS Investments, LLC which specializes in all areas of residential and commercial real estate needs and expand from the Central Valley in California to Texas and Georgia. Mr. Frazier has worked in the real estate industry for over twenty years and currently invests in close to one hundred properties per year. TFS Investments, LLC is currently developing a twenty acre commercial project in Texas that will include retail stores, offices and condominiums. TFS Investments, LLC   also has full or partial interest in developments in Fresno’s Mid State Bowl project and several other projects around town.

Mr. Frazier is married and has five children. He is active in his community and church. Mr. Frazier holds awards and accommodations from numerous organizations that he has contributed to. They include the City of Fresno, Mayor Alan Autry, Business of the Year by the National Republican Congressional Committee and NAACP’s Image Award for business. Mr. Frazier is a former member of the Chief Advisory Board, Fresno State University Foundation Board and is currently a member of the SCCC City College Board. He was also awarded with the Business Man of the Year in 2011 by Senator Michael Rubio. Mr. Frazier has been a positive influence and has valued his experiences within the Fresno community.

The lack of investment for our underprivileged areas in the Central Valley is vast. From a real estate and development perspective, it all starts with housing. If we can invest in our blighted neighborhoods, it would not only improve the value of that neighborhood, but restore a sense of pride to the city of Fresno. The experience I gained playing baseball at the collegiate and professional levels was immeasurable. The positivity I learned meant so much to me that I decided to start my own non-profit baseball academy. Central Cal Baseball Academy is a place for underprivileged youth to come play baseball, receive tutoring, and be part of a group that can have a lifelong impact on their lives.”