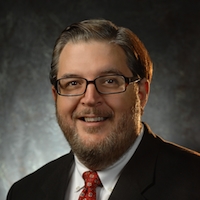 Mr. Konczal began his duties as the Executive Director of the Fresno Regional Workforce Investment Board (FRWIB) in May of 2002. An area agency non-profit organization, the FRWIB administers a fiscal year budget of nearly $18 million, providing business and training services to Fresno County businesses and residents. Mr. Konczal holds a BA in Political Science and History from the University of California, Los Angeles, a MA in Political Science from California State University, Fullerton, and a JD from Loyola Law School in Los Angeles. A voracious reader and lifelong learning advocate, Mr. Konczal also serves on the Board of Directors of Reading & Beyond, a local non-profit dedicated to promoting children’s literacy. Mr. Konczal and his wife, Charlotte, live in Fresno, California.