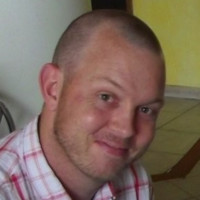 Jim Stokes has been with the International Rescue Committee for over 10 years. Starting with the IRC in Texas in 2008, Jim began his career as a case manager but quickly moved over to employment and economic empowerment side of programs. First, as a Job Developer and then onto the department’s Employment Supervisor, charged with finding gainful and sustainable employment for clients in their first 90 days in the country.
Jim also worked with the IRC as part of their Syrian Response on the Turkey/Syria border in 2014. He managed several cash for work programs that put money into the most vulnerable Syrian hands and managed a team of Syrian nationals who worked in both Turkey and Syria.
During the summer of 2017, Jim moved to Northern California and took an opportunity with the IRC in Turlock/Modesto to lead their offices in building out economic empowerment programs and other new offerings. Jim enjoys living in the Central Valley and its proximity to everything and is interested in making holistic community connections to help benefit his agency and client base.