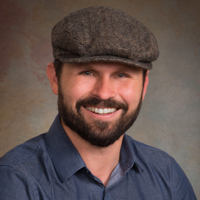 Josh Bridegroom is the Chief Executive Officer of the Downtown Modesto Partnership, a nonprofit startup designed to elevate downtown Modesto in every way imaginable. Growing up in Modesto, Josh noticed the disparity between the Stanislaus region and neighboring regions of the state and set his mind to improving it. After receiving a degree in Political Science with an emphasis in Urban Studies from CSU Stanislaus, Josh began working for his hometown as a City Planner with the City of Modesto. Over the course of the next twelve years, he advanced through the organization to Downtown Program Manager. In his time with the City, Josh wrote an award-winning development code for downtown, created economic development incentives that helped drive new businesses into downtown, and developed and installed innovative urban place-making features, including the first parklets and on-street bike corrals in the Central Valley.

In his current role with the Downtown Modesto Partnership, Josh is working to build an organization that understands and actively works to create value through collective impact, using an abundance mindset that focuses on building a community of quality and amenity.