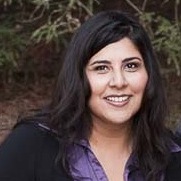 Yammilette “Yami” Rodriguez originally from Redwood City, California moved to the to the Dinuba in 1988. She graduated with an Associates Degree from Reedley College, a Bachelors in Business Administration, Marketing from CSU, Fresno and has her Masters Degree in Leadership and Organizational Studies from Fresno Pacific University.

Currently, she is the Senior Director for Youth Leadership Institute in the Central Valley. She oversees the Fresno County Friday Night Live program which includes a youth-led underage drinking prevention initiative in Fresno County. Yammilette works to have youth voice at the table in community issues especially in making positive policy and social sustainable change in our communities. Nationwide, she trains organizations and communities on how have strong youth and adult partnerships to make their communities healthier.

She serves on Fresno Mayor Swearingin’s Community Advisory Panel, and is the founding Director of the “My Sister’s Closet” Professional Development and Clothing Program for underserved women. Yami was appointed to the Fresno Pacific University Board of Trustees in 2010. She also serves on the Statewide Hispanas Organized for Political Equality (HOPE) Board.

Yami has received many recognitions in the past including being selected one of the Top Ten Business/Professional Woman of the Year in 2008 and most recently as Assemblymember Henry Perea’s Hispanic Leader of the Year in 2012. Yami and her husband are volunteer Senior Pastors of United Faith Christian Fellowship (UFCF) in Southeast Fresno. They have a three year old beautiful girl, named Lizette.