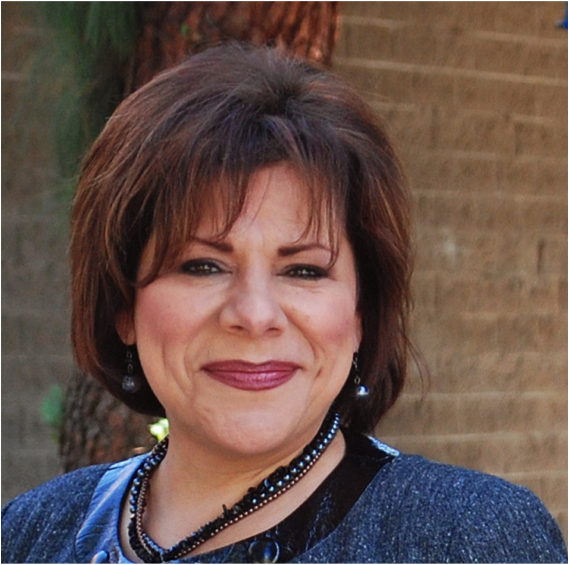 Elaine Robles-McGraw is a Fresno native, who grew up in the Jane Addams neighborhood; one which has been underserved for several decades.  Elaine worked for the Fresno County Probation department for 19 years, and while at Probation, her love of her neighborhood developed into an avocation for working with residents and stakeholders. She set up a twice per week informal office at the neighborhood McDonalds restaurant to help neighbors get through various issues, such as housing, help applying for disability, resolving landlord/tenant issues, to name a few.  The gravity and the enormity of the need in this neighborhood heavily influenced her decision to pursue a Master’s Degree in Community Economic Development.
In 2009, Robles-McGraw accepted the position of Neighborhood Revitalization Manager at the City of Fresno.  It was in this role she developed a long-range, strategic and sustainable neighborhood revitalization model in the Lowell neighborhood; addressing the challenges of this neighborhood, which has some of the highest concentrations of poverty in the United States of America, according to the Brookings Institution study in 2006. This relatively young model has been hugely successful and can be emulated not only within the City of Fresno, but in other cities as well, to correct systemic issues that plague older, inner-city neighborhoods.

In addition to engaging stakeholders, Elaine was responsible for working with the team at City Hall to develop the Downtown Neighborhoods Community Plan. This land use plan will encompass 7,200 acres of the City, spanning the Lowell, Jefferson/Yokomi Southeast Fresno, Southwest Fresno, and Jane Addams neighborhoods.  When adopted in the spring of 2014, this plan will correct 50 years of suburban development in the urban core of the City.

Robles-McGraw serves as the principal spokesperson for the City of Fresno Neighborhood and speaks nationally at trade conferences as a best practices expert in the field of neighborhood revitalization.  Elaine continues to embrace the Neighborhood Revitalization Model set forth above and now represents the City of Fresno as the Community Revitalization Division Manager where she is responsible for managing the operations and providing the leadership, motivation and direction to the Community Revitalization (Code Enforcement) division staff.  She oversees an $8m budget and 40+ staff.  This also includes managing four to six State and Federal grants at any given time; writing and applying for grants on behalf of the City; responsible for creating and implementing a “neighborhood revitalization” model for place-based teams to carry out; direct and supervise multiple work programs of the Division.  By taking on a proactive approach with property owners in which the City and the property owners work together toward Community Revitalization, our fair city is becoming healthier and safer every day.

[quote]I have been involved in the field of neighborhood revitalization for almost 10 years; for 5 years, it was my avocation; I volunteered 3 days per week in the neighborhood where I grew up. This neighborhood has experienced decades of disinvestment and as a result of being underserved, was named in the Brookings Institution’s report of 2005 as one of the neighborhoods in Fresno that had the highest concentrated poverty in the nation, post Hurricane Katrina. I can easily make the correlation from substandard living conditions to missed educational opportunities for children. It is well documented that those children living in poverty do not reach their maximum potential. My perspective is that long-term, sustainable change can only happen in an environment where all stakeholders are engaged and have a seat at the table. I am committed to grass roots efforts. It should always be stressed that the decline of neighborhoods did not happen overnight and nor can the revitalization.”[/quote]