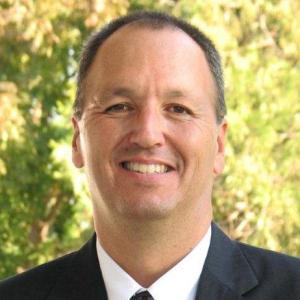 Mike Berg leads Central Unified School District with a breadth of school administration experience that spans 30+ years. He joined Central’s leadership team in 2004, and served as the district’s Chief Business Officer before being appointed Superintendent in 2009. Now in his sixth year as Superintendent, he takes pride in the academic accomplishments of the district’s schools and opportunities for students. The adoption of Guiding Principles, a set of beliefs and goals by which all activities are measured, has served as a steady beacon to guide the district to major accomplishments. Mr. Berg believes that every student can learn and is infusing that belief into all members of the Central team. He also believes in hiring people of integrity and building capacity in district staff. His collaborative style, decisive nature, and open door commitment to the Fresno County and City community he has called home since birth, is key to the positive academic and cultural shift that make Central the student centered, employee embracing, innovative district of tomorrow!

Mike’s personal and professional mission is to close the “Experiential Gap” for students, by providing enriching life and learning opportunities through his leadership in Central to ensure every student has an equal playing field from which to succeed. Central’s 1:1 tablet technology initiative has been a major success. The tablets equipped with 4G and connected to districtwide Wi-Fi are serving as a gap closer and instructional tool for Central’s innovative teachers. Central teachers and Instruction Division leadership are also charting a dynamic course directly with the curriculum publishers to transition away from static textbooks to dynamic game-based learning modules, and interactive-adaptive curriculum delivery systems.

He is a Rotarian, was nominated for the Fresno Compact Harold Haak Award in 2014, and serves on a variety of community benefit organization boards.

He is married to Cheri, his wife of 28 years. They have two daughters, both attending CSU Fresno, and is a fanatical bicyclist and classic car enthusiast. He also enjoys a good blues and jazz festival in his spare time.